Continued from Part 1. We have so far seen MLPs and why they are hard to train. Now, we will develop networks which overcome these difficulties.

Let’s go back to the problem of handwritten digit recognition. MLP looks like this: 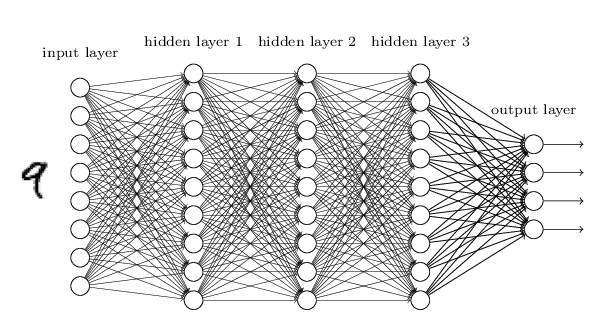 In particular, we have connected all the pixels in 28x28 images i.e, 784 pixels to each neuron in hidden layer 1.

Upon reflection, it’s strange to use networks with fully-connected layers to classify images. The reason is that such a network architecture does not take into account the spatial structure of the images. For instance, it treats input pixels which are far apart and close together on exactly the same footing. Such concepts of spatial structure must instead be inferred from the training data.

As per usual, we’ll connect the input pixels to a layer of hidden neurons. But we won’t connect every input pixel to every hidden neuron. Instead, we only make connections in small, localized regions of the input image. 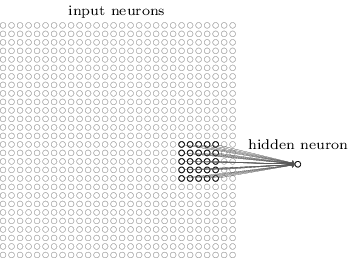 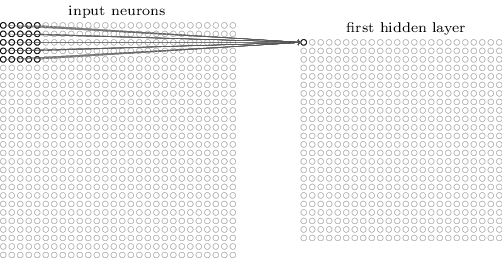 Then we slide the local receptive field over by one pixel Sometimes a different stride length (e.g, 2) is used. to the right (i.e., by one neuron), to connect to a second hidden neuron Note that if we have a 28×28 input image, and 5×5 local receptive fields, then there will be 24×24 neurons in the hidden layer. : 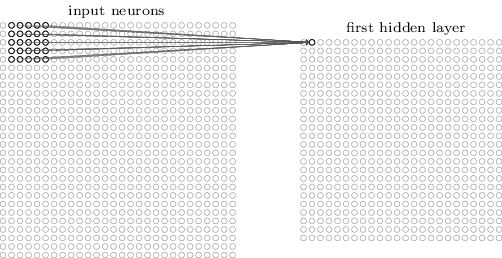 I’ve said that each hidden neuron has a bias and 5×5 weights connected to its local receptive field. What I did not yet mention is that we’re going to use the same weights and bias for each of the 24×24 hidden neurons.

Sharing weights and biases means that all the neurons in the first hidden layer detect exactly the same feature just at different locations in the input image. To see why this makes sense, consider the following convolution filter:

Let’s take an example image and apply convolution on a receptive filed:

Basically, in the input image, if there is a shape that generally resembles the curve that this filter is representing, then all of the multiplications summed together will result in a large value! Now let’s see what happens when we move our filter.

Therefore, this convolution picks up a right bending curve wherever it is on . To put it in slightly more abstract terms, convolutional networks are well adapted to the translation invariance of images: move a picture of a cat (say) a little ways, and it’s still an image of a cat

The network structure I’ve described so far can detect just a single kind of localized feature. To do image recognition we’ll need more than one feature map. And so a complete convolutional layer consists of several different feature maps

A big advantage of sharing weights and biases is that it greatly reduces the number of parameters involved in a convolutional network. For each feature map we need 25=5×5 shared weights, plus a single shared bias. So each feature map requires 26 parameters. If we have 20 feature maps that’s a total of 20×26=520 parameters defining the convolutional layer. By comparison, suppose we had a fully connected first layer, with 784=28×28 input neurons, and a relatively modest 30 hidden neurons. That’s a total of 784×30 weights, plus an extra 30 biases, for a total of 23,550 parameters.

In detail, a pooling layer takes each feature map output from the convolutional layer and prepares a condensed feature map. For instance, each unit in the pooling layer may summarize a region of (say) 2x2 neurons in the previous layer. As a concrete example, one common procedure for pooling is known as max-pooling. In max-pooling, a pooling unit simply outputs the maximum activation in the 2x2 input region, as illustrated in the following diagram: 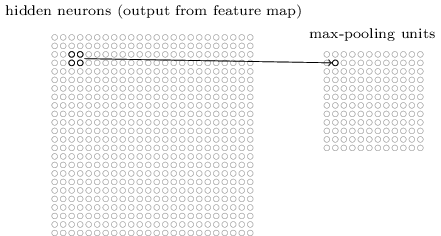 Note that since we have 24×24 neurons output from the convolutional layer, after pooling we have 12×12 neurons.

We can think of max-pooling as a way for the network to ask whether a given feature is found anywhere in a region of the image. It then throws away the exact positional information. The intuition is that once a feature has been found, its exact location isn’t as important as its rough location relative to other features. A big benefit is that there are many fewer pooled features, and so this helps reduce the number of parameters needed in later layers.

Let’s put everything we’ve learnt together and analyze one of the very early successesLeNet is published in 1998! CNNs are not exactly new. of convolutional networks: LeNet. This is the architecture of LeNet:

Let’s go over each of the component layers of LeNet: I actually describe slightly modified version of LeNet.

Tricks of the Trade

With so many parameters in neural networks, overfitting is a real problem. For example, LeNet has about the same number of parameters as there are training examples. There are a few techniques like $L_1$/$L_2$ regularization you might be familiar with. These modify cost function by adding $L_1$/$L_2$ norm of parameters respectively.

Dropout is radically different for regularization. We modify the network itself instead of the cost function. Suppose we’re trying to train a network: 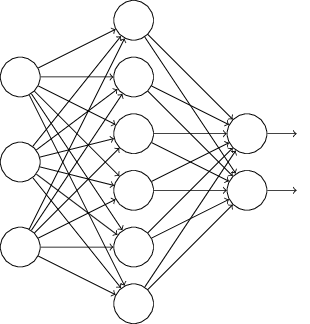 With dropout, We start by randomly (and temporarily) deleting half the hidden neurons in the network, while leaving the input and output neurons untouched. After doing this, we’ll end up with a network along the following lines. 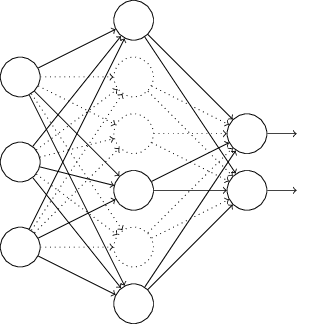 We forward-propagate the input $x$ through the modified network, and then backpropagate the result, also through the modified network. After doing this over a mini-batch of examples, we update the appropriate weights and biases. We then repeat the process, first restoring the dropout neurons, then choosing a new random subset of hidden neurons to delete, estimating the gradient for a different mini-batch, and updating the weights and biases in the network.

Why would dropout help? Explanation from AlexNet paper AlexNet is the paper which lead to renaissance of CNNs.:

This technique reduces complex co-adaptations of neurons, since a neuron cannot rely on the presence of particular other neurons. It is, therefore, forced to learn more robust features that are useful in conjunction with many different random subsets of the other neurons.

In other words, we can think of dropout as a way of making sure that the model is robust to the loss of any individual piece of evidence. Of course, the true measure of dropout is that it has been very successful in improving the performance of neural networks.

You probably already know that more data leads to better accuracy. It’s not surprising that this is the case, since less training data means our network will be exposed to fewer variations in the way human beings write digits.

Obtaining more training data can be expensive, and so is not always possible in practice. However, there’s another idea which can work nearly as well, and that’s to artificially expand the training data. Suppose, for example, that we take an MNIST training image of a five, 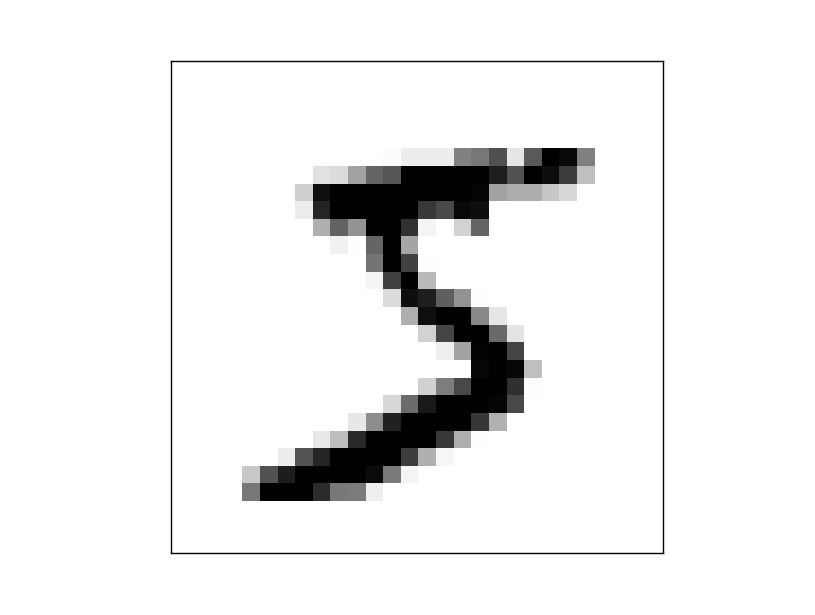 and rotate it by a small amount, let’s say 15 degrees: 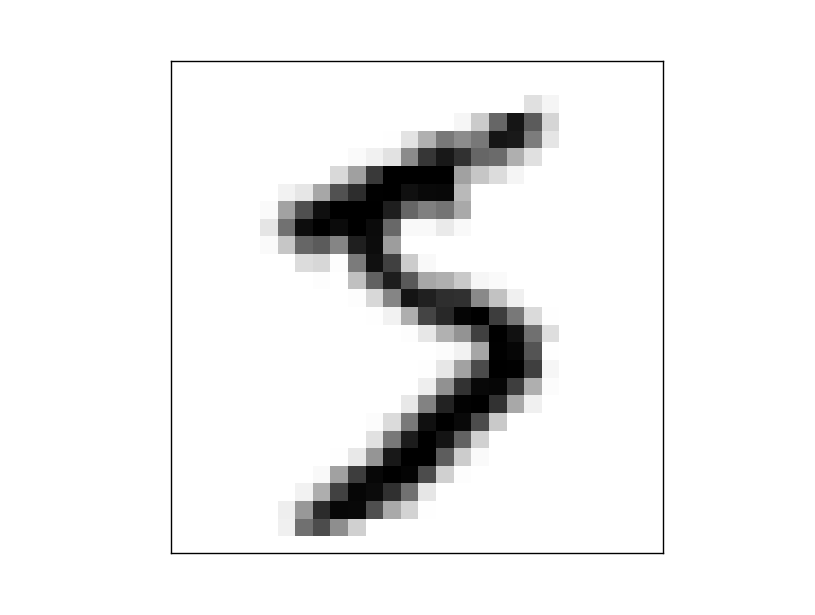 We call such expansion as data augmentation. Rotation is not the only way to augment the data. A few examples are crop, zoom etc. The general principle is to expand the training data by applying operations that reflect real-world variation.

Training neural networks is a highly non convex problem. Therefore, initialization of parameters to be optimized is important. To understand better, recall the unstable gradient problem. This is the equation of gradients for parameters in $j$th layer:

If each layer is not properly initialized, scales inputs by $k$, i.e $\frac{\partial y_m}{\partial u_m} \approx k$. Therefore gradients of parameters in $l$ th layer is

This can be made sure with good weight initialization. Historically, bad weight inits are what prevented deep neural networks to be trained.

A recently developed technique called Batch Normalization alleviates a lot of headaches with initializations by explicitly forcing this throughout a network. The core observation is that this is possible because normalization is a simple differentiable operation.

ImageNet is a huge dataset for visual recognition research. It currently has about 14 million images tagged manually.

Here are example images and the recognition results: 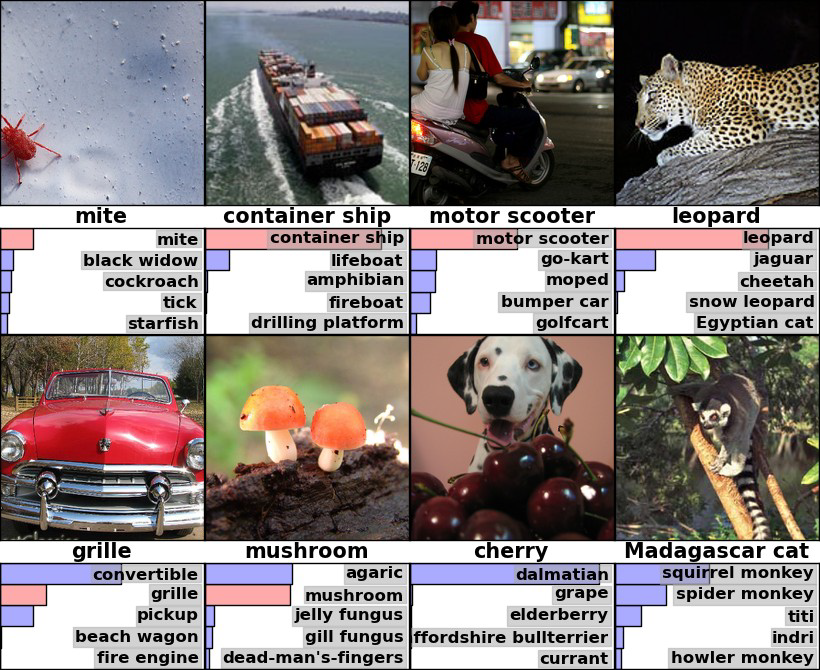 Alexnet was the first CNN to participate in ILSVRC and won the 2012 challenge by a significant margin. This lead to a renaissance of CNNs for visual recognition. This is the architecture:

It isn’t too different from LeNet we discussed before. Over the years, newer CNN architectures won this challenge. Notable ones are

You will keep on hearing these architectures if work more on CNNs. Here are the accuracies from these networks: 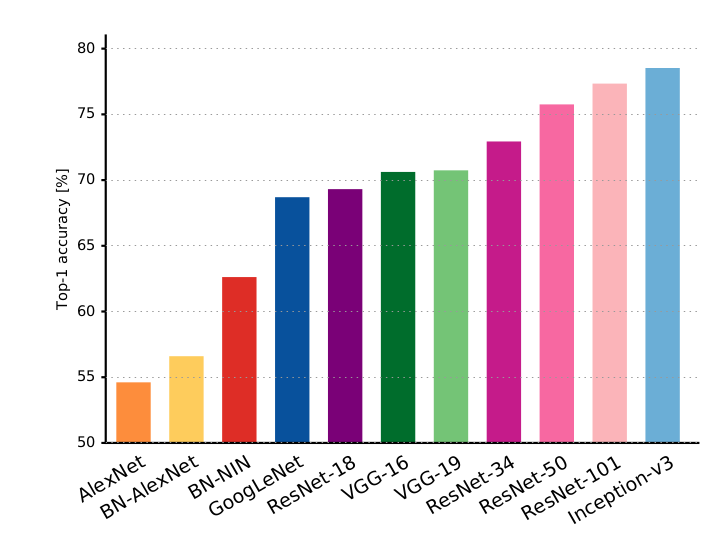 To train a CNNs like above from scratch (i.e random initialization), you will need a huge dataset of the ImageNet scale. In practice, very few people do this.

This is a very powerful trick. For example, here I used pretrained weights of ResNet-18 and trained a classifier to classify ants and bees. 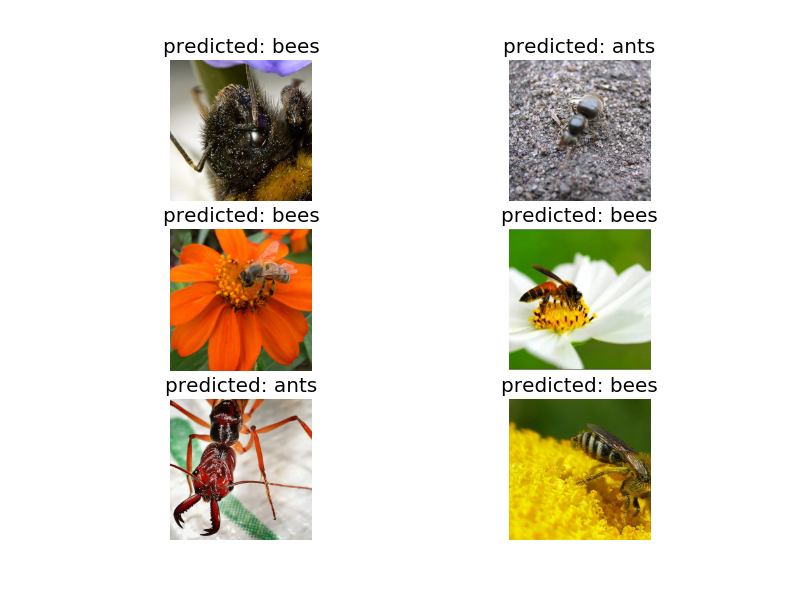 With this small dataset, I got around 95 % accuracy!

Why does transfer learning work? 1.2 million images in imagenet cover wide diversity of real world images. Filters learned on imagenet will therefore be sufficiently general to apply on any similar problem. i.e, you will not overfit on your small dataset.

Moral of the story: you don’t need a large dataset if you are working on real life images!

GPUs dramatically speed up neural networks. This is because most of the neural network computation is just matrix multiplication and thus is readily vectorizable. GPUs excel at such computations.

For example, look at the times taken by my transfer learning code to train:

And this was with meager dataset of 400 images. Imagine working with a dataset of the scale of ImageNet. GPUs are essential if you are serious about deep learning.

What framework to use?

Lot of frameworks are available: Keras, Tensorflow, PyTorch. I suggest using Keras if you are new to deep learning.

How do I know what architecture to use?

Don’t be a hero! - Andrej Karpathy

How do I know what hyperparameters to use?

Don’t be a hero! - Andrej Karpathy

But my model is not converging!

This notes is based on following sources: